Our website is not optimized for your browser. For the best user experience, we recommend that you install a different browser (version). Upgrade your browser here.
Close

Since 1975, we are fully committed to support our customers with fine products, expertise and personal service and with an aim to surprise and inspire. We would like to celebrate this special jubilee with you! We have celebration offers and surprises for you in store throughout this year. In addition, we have some interesting stories to relate to you about the past 45 years at HANOS.

We are proud to have stood shoulder to shoulder with our visionary customers during the past 45 years.

Take a look at the jubilee toppers
The history of HANOS
Read the stories of the past 45 years.

The history of HANOS

HANOS has strived to be the best partner for you during the past 45 years. With all the changes that evolve over a 45-year period, this calls for flexibility and adaptability. We would like to take you along our journey of these developments over almost half a century. Take a further look at our detailed history timeline,, which gives you an insight into important events such as openings and acquisitions in the course of HANOS' history.

When HANOS first opened its doors, the Dutch culinary scene was still small. Every village had a church, a pub and a Chinese restaurant, that was about it. However, this is where the tradition of the diverse range of culinary dishes and products began: the Chinese-Indonesian kitchen was the first to introduce Dutch people to foreign flavours like curries, chilli sauce and rice. The acceptance of unusual ingredients, which characterises the Dutch culinary world, originates from this time. Very different from for example French and Italian kitchens, Dutch food preferences usually aren't limited by their cultural gastronomic heritage. French bistro style restaurants became popular in the Netherlands during the seventies and many Dutch people tried snails and frogs' legs for the first time. Speaking of ingredients acceptance!

During this period, the key words for HANOS's service were reliability, a quick response to specific requests and a focus on the highest quality, especially for the catering industry. The quality of HANOS products as well as their advice and service had to exceed the quality of supermarket products at all times. 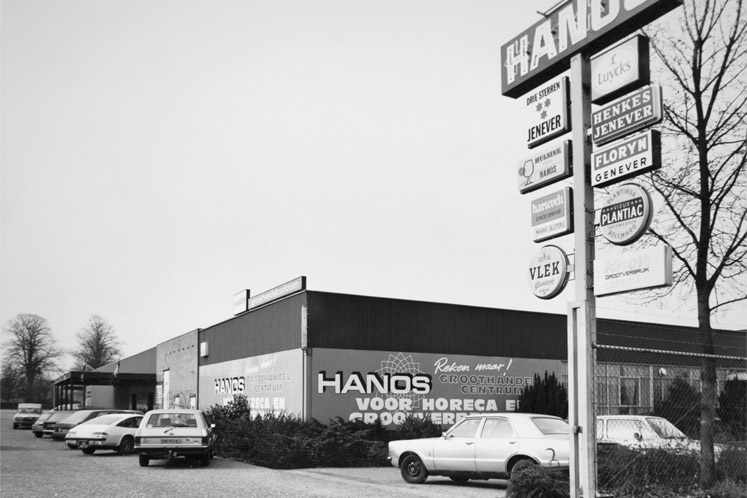 During this period, HANOS rapidly developed further thanks to the nouvelle cuisine trend. Several famous chefs laid the foundations for a new Dutch gastronomic tradition. Professionals like Cas Spijkers, Robert Kranenborg and Cees Helder differentiated themselves from the simpler bistros through their focus on top quality and high level preparation methods.

All of a sudden, chefs were turning to Rungis Market for the latest food trends and best ingredients. HANOS followed suit with a stronger focus on purchasing. Quite a challenge. In those days, chefs tended to simply tell the supplier what they needed, which they subsequently came to pick up at HANOS or ordered through us. HANOS was the supplier of products which a chef thought he needed in his kitchen. Those products had to be on the shelves and if they weren't, we would be requested to go and find them on specialised markets. In those days, it wasn't unusual to have culinary advisers visit the famous Rungis Market in Paris, looking for new food trends and exotic products for their clients.

The world was a lot smaller before the arrival of internet. Product information came from gastronomic reference books and trends, developments and new products were found through specialised suppliers. It's the time when the Netherlands started to develop a more mature gastronomic tradition, initiated by a few eccentric pioneers. 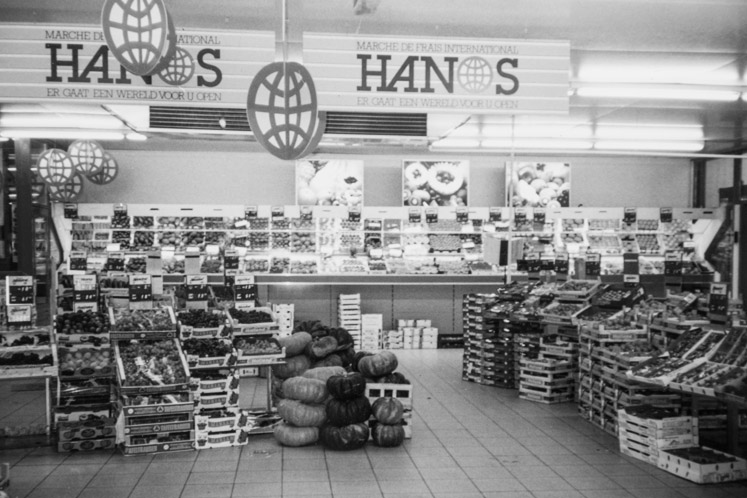 The time of global food around the corner. The arrival of the internet and lower flight prices meant that customers had seen and tasted more of the world. Chefs also became more well-travelled and could exchange product information with professionals in other countries more easily. This was also the time of TV cooking shows. In the Netherlands, Joop Braakhekke and Cas Spijkers were the first TV-chefs.

One of the culinary phenomenons that really changed the playing field was the tapas restaurant. Plates with small bites of food that were meant to be shared with everyone around the table, became a big hit. 'Food sharing' started with tapas. Chefs also discovered ingredients from all over the world. The Japanese kitchen, Chinese, Moroccan, Thai - inspiration was found on all continents and combined with the French tradition into a trend called Fusion. Despite the broad acceptance in those days, the real fusion restaurants of the nineties weren't all equally successful.

For HANOS, it was a time of pioneering and developing. The demand for interesting and exotic products increased and our assortment quickly expanded. It also became more and more important that we had specific knowledge about how to use those products and to interest and inspire professionals. 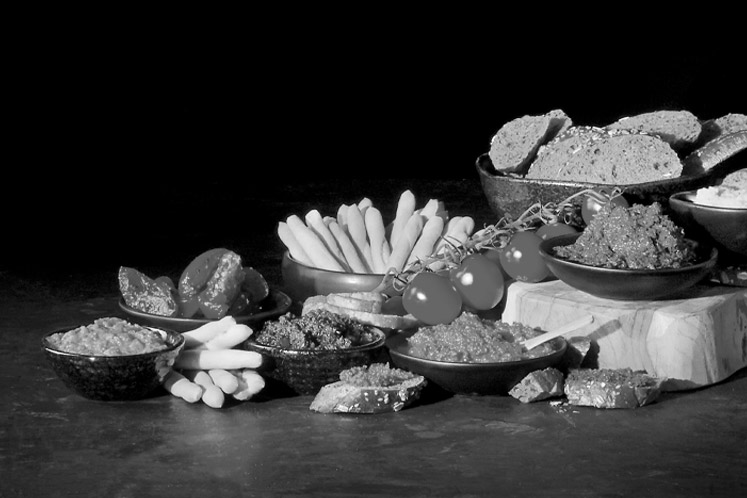 From the noughties until now...

This period is characterised by abundance and unlimited culinary possibilities. Internet and social media mean that people from all over the world are constantly connected. It leads to the most wonderful combinations. Trends that start in Tokyo and New York, make their way to London before they reach the Netherlands and Belgium. Initially in the larger cities, but internet and social media mean that it doesn't take long for them to reach places outside the cities either. Sushi, dim sum, burgers, food trucks... all these trends arrived in record time and were embraced by both entrepreneurs and customers.

But there's also an opposite movement. Away from international ingredients and fast food, wanting to reduce food miles and celebrating local products. The concept of Slow Food has reached the Netherlands too and local producers are the new heroes. A dynamic time, which requires two totally different things from HANOS. On one hand, we must be familiar with and be able to supply all the relevant, international flavours, products and trends and on the other hand, the demand for exclusive ingredients from small-scale, local producers, is increasing. HANOS responded by expanding its team of culinary advisers. Every HANOS wholesale store has a regional specialist, who focuses on the suppliers and catering companies in that particular region.

No successful catering organisation without a good concept. Your concept translates into a story and this means that you and your employees, e.g. chefs and service staff, have to be able to communicate this story to the guests. However, a good concept stands or falls on issues as company clothing, your menu card and last but not least on the atmosphere of your establishment.

Our role as catering wholesaler has also evolved. Of course, we continue to be your supplier, but we also want to introduce you to new techniques, concepts and trends. The specialists in our wholesale operations are available to assist you with this each day. We don't do this single-handedly. In cooperation with our partners as Studio Senses, Kaja and Van Gestel, we are able to take the burden off your shoulders and think along with you through every step. This allows us to offer added value in each segment. From quick service restaurant to boutique hotel, from 3-star establishment to eatery and also from design to assortment. 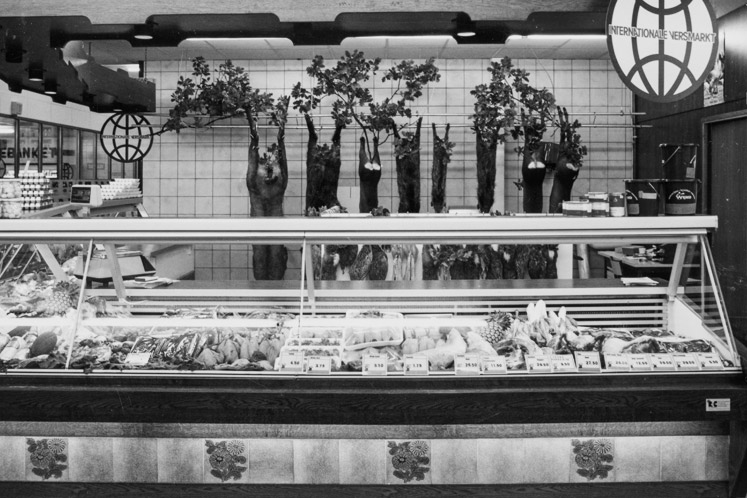 45 Years of new openings, extensions, additions and improvements: this gives rise to special stories. For example, read about the origin and developments of our own game meat company or the story behind the beginnings of our own wine import, which has today resulted in a range of some 4,000 different wines.

Stories about our suppliers 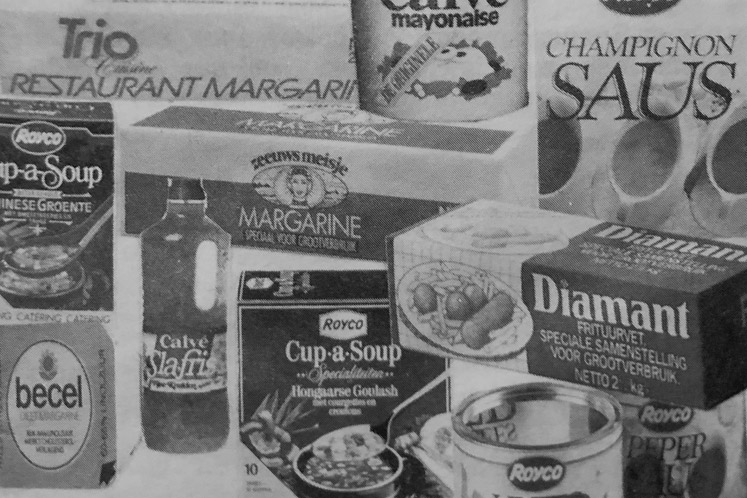 Since the inception of HANOS in 1975, we work in close collaboration with the best suppliers to provide you with the finest products. Read more about the creation of our relationship with suppliers such as Bolsius, Unilever Food Solutions and Heiploeg.

Stories about our partnerships 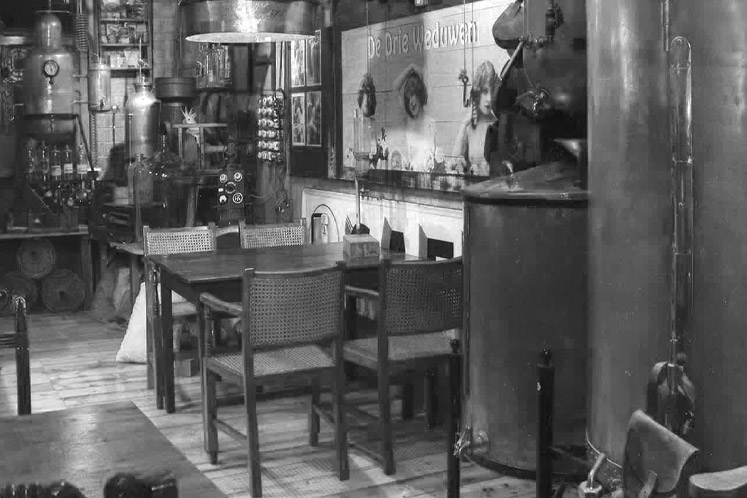 Over the past 45 years, HANOS has formed special partnerships. Together with these, we are able to offer you a total solution. We would like to highlight the background of some of our special relationships. Discover how the collaboration came about with e.g. Kaja, Van Gestel and catering meat wholesaler van der Zee.

HANOS uses cookies and similar technologies. HANOS.nl, HANOS.be and HANOS.de uses functional, analytical and marketing cookies to collect information about the use of the website so we can provide you with an optimal user experience. In addition, tracking cookies are placed by third parties for client feedback and campaigns. Your internet behaviour can be followed by these third parties through these tracking cookies. By clicking 'Accept cookies', you give permission to place the cookies described above. Don't want to allow all types of cookies or want to know more about cookies? Choose "settings and more information".

You can find all information about cookies used by HANOS here.

What are cookies?
Cookies are small files that are stored on your computer's hard drive. Cookies can be used to find out whether your computer has connected to a page on our website. Only the cookie is identified on your computer. Personal data can then be stored in cookies once you have given your permission or it is an unavoidable technical requirement (for example, in registering for a password-protected online function).

Don't want any cookies at all?
You can adjust the settings of your internet browser to completely block the placement of cookies. Your browser's help function will explain how this is done.